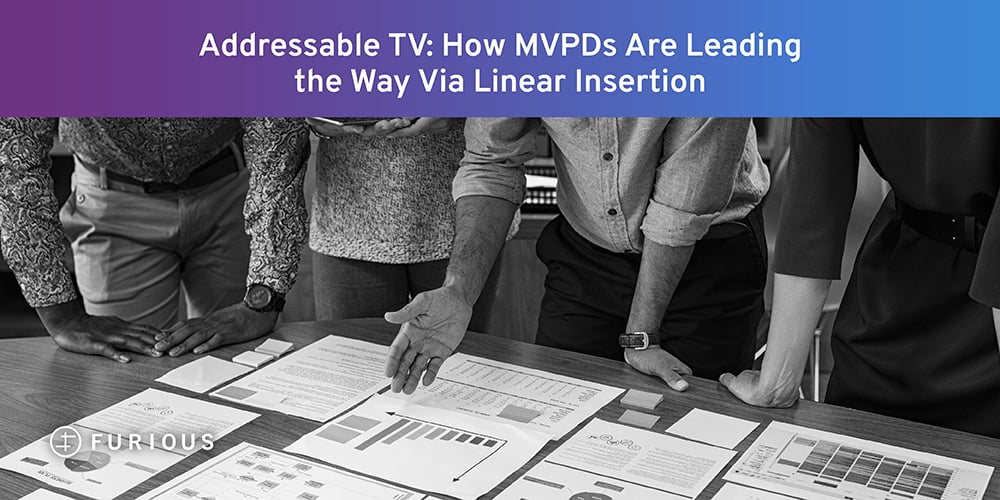 Though advertisers still tend to view TV as a medium for mass reach, investment in CTV advertising and systems that can target specific households is growing. Specifically, addressable linear TV ad spend is projected to reach $3.6 billion in 2022, according to eMarketer. (That would be a 75% increase from August 2020.)

Addressable linear still only represents a drop in the bucket when you consider how much is spent annually on TV advertising, but the size of the market is still amazing when you consider that it started from zero not long ago.

Scale is still limited, but the growth curve for data-driven TV ad products is very strong. It’s possible to deliver household-specific ads to millions of U.S. homes via set-top boxes, though only for a small percentage of overall linear inventory.

Worryingly for TV networks and video distributors, the addressable linear audience is shrinking due to cord-cutting behavior exacerbated by the pandemic; eMarketer projects that the number of addressable linear households will shrink by 4.7% to 57.6 million in 2021. But, for now, the shrinking pool of cable and satellite subscribers has been offset by demand for available inventory.

Via linear insertion, which is administered by cable and satellite providers for two minutes per hour of inventory per channel, advertisers can plug in first- and third-party data, which is blind-matched with the content distributor’s subscriber data, in order to target their messages to the most relevant households. So instead of having to settle for women between 18 and 54, TV buyers can tap into the rich datasets they’ve built and leveraged for digital to reach 35-year-old moms in Duluth who like yogurt and have household income above $100,000 when they’re watching “The Bachelor” — again, on a limited basis right now.

Frustratingly for advertisers, most TV is still measured the way it’s been for decades, via probabilistic modeling, which is a methodology for mapping devices to audience segments that relies on consumer panels assembled by the likes of Nielsen and Comscore. It can tell brands that the audience viewing their commercial is probably heavily comprising working moms in their thirties living in the Midwest, but it doesn’t usually get more granular than that.

We explore ad targeting and data-driven TV products in our TV & Video Terms Dictionary, which is designed to spin you up on the current state of TV and Video advertising. It’s grouped thematically around 12 topics that provide context around all the acronyms and key terms you need to know.

The nut that sellers and buyers are desperately trying to crack, with limited success, is visibility into how many individuals are really exposed to ads in the context of viewing behavior spread out over multiple devices. One such method of attribution is the device graph, which attempts to link individuals to all their devices (e.g., phones, desktop computers, Smart TVs); it would let advertisers understand behavior holistically instead of counting each device as a separate person. Privacy considerations are a barrier to implementing this effectively at scale, which is the main reason why unduplicated reach — or the ability to measure pure reach, filtering out noise from varied device log-ins — remains aspirational.

To learn more about the promise of addressable TV and why buyers are hungry for it, as well as the risks sellers might incur by over-indexing on this one type of inventory, download our addressable playbook here.

3 Predictions for How Linear TV Advertising Will Evolve in 2021