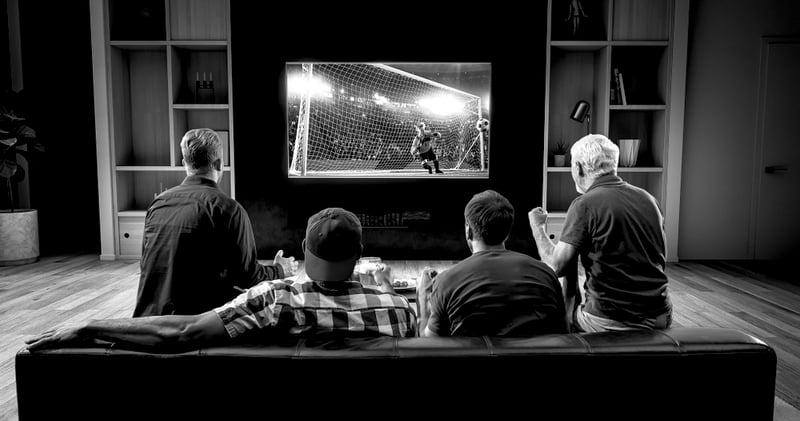 The growth [which is always impressive from base of 0] of digital media created a temporary [and artificial] bubble and offered investors and entrepreneurs a shiny object to chase. It was long believed there was more upside to be had in innovation that ‘blew stuff up’ or disrupted traditional TV businesses by shifting time and attention to new, digital platforms.

Digital Channels Aren't Providing As Much Revenue As You May Think

Traditional TV advertising sellers chase new channels like OTT, TVE, etc. because they have to and because they think their legacy business’s decline will be made up for in the net new revenue provided by these new digital platforms.

Most of the sellers of TV advertising today get less than 10% of their total advertising revenue from digital channels. Most programmers still get [near] half of their total top line revenue from carriage fees, and cable operators own the final mile. To reinforce the position of power of TV, the third quarter of 2018 and the very insanity [embarrassment] of American politics suggests that 2020 is gonna be BIG for TV.

This is all despite the fact that everyone has been yelling ‘Convergence’ from the mountaintops and the inevitable demise of TV for the last 20 years.

Despite these realities, traditional linear TV businesses have been grossly neglected. Media companies have not invested capital—derived from the profit of their linear business—in infrastructure and technology to support it and continue to manage and optimize revenue. If you look to the ad tech sector, the same is true. Venture Capital and founders have invested more in taking from TV and trying to cause a struggle to survive in lieu of helping TV thrive.

All of these startups and VC’s count on their big returns coming on the day they are bought by a big, traditional media company…ironic, don’t you think?

It's Too Soon to Sing a Dirge for Television

Look, TV isn’t going to die. It is going to change and evolve, but traditional media businesses are not going away, and the increasing success of new media companies like Amazon and Netflix further reinforces their power and longevity. This is for many reasons; if not for the very least, someday, shareholder profiles of new media companies will evolve and will demand they act more like traditional media.

What are the key lessons learned about media, having looked at other industries?

1. TV is Rome and Rome is falling…but only one brick at a time, and it is being rebuilt as fast as it crumbles.

Whether it be through power mergers and acquisitions, oligopolies, political spending or the fact that old TV also owns most internet service providers, TV is changing but ain’t dying (just ask Google, Amazon, Netflix, and FaceBook).

2. Use it or lose it, say thee shareholder.

Many traditional media companies are publicly traded, mature firms, with cash on their balance sheets. They have a choice to either pay dividends to shareholders or find opportunities to invest their capital to fund future growth. Hence, we see consolidation resulting in reinforcement of the power wielded by big media. Content has remained king, and content franchises that offer media companies reliable, renewable revenue are still owned by big, traditional media. (Marvel, DC, Game of Thrones, etc…)

3. Sure, you can cut the cord, but it is still gonna cost you.

If you do the math, the cost to watch ‘TV’ is not going below $100 a month for a household in the US. This is because traditional media companies STILL [and will] own the last mile. When you unbundle, it adds up. Regardless if you are relying on a Telco or a cable operator to get your internet, you are still paying well over $100 a month for your internet and your SVOD subscriptions. And SVOD prices ain’t going down as the market becomes more saturated.

This all matters because the most important lesson to be had right now, at this moment in media, is that it is a long-tail game. Media, although obfuscated by the short period of ad tech’s bubble, is still an endurance sport. It requires slow twitch muscle fiber to finish a race, which I equate to owning hardware, infrastructure and distribution.

Don’t call it a comeback, because TV has been here for years.