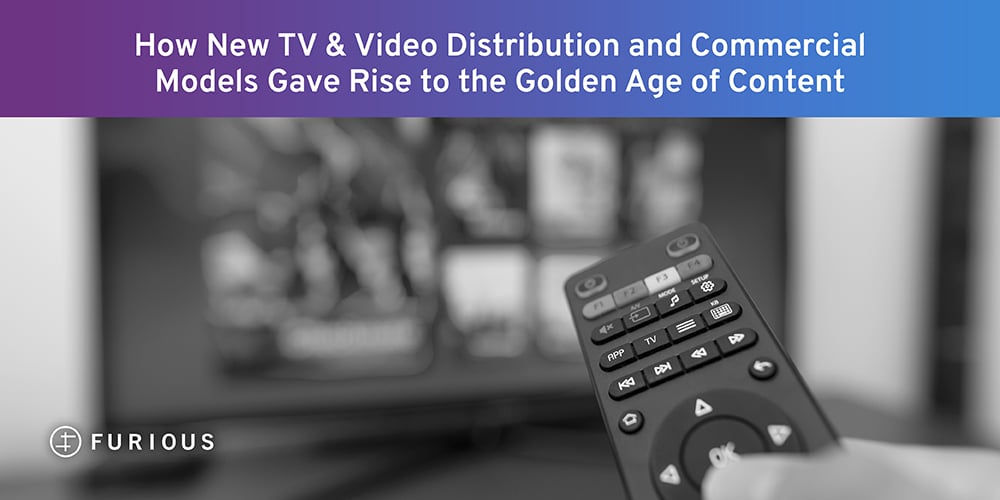 A decade ago, if you wanted to watch TV at home, your options for getting it onto your screen were limited. Annoyingly, you had to rely on your local cable or satellite provider to come to your home and install a set-top box. Streaming options were starting to come onto the scene, but most of the programming people cared about wasn’t available there.

How TV Viewing Habits Have Changed

Today, the options are anything but limited. If you decide to cut the cord and cancel your cable subscription (which roughly 50 million people in the U.S. will be expected to have done by 2021, according to eMarketer), you have a smorgasbord of over-the-top (OTT) streaming services to choose from. The so-called “Streaming Wars” are heating up, with the Disney Plus launch in November, NBCUniversal’s Peacock arriving next April, and WarnerMedia’s HBO Max coming in May. Competition has led to significant investments in premium content by networks, studios, and standalone OTT services alike, resulting in an unprecedented number of options for consumers.

At the same time, a paradigm shift has taken place. Five years ago, Netflix and Amazon Prime Video were regarded as upstarts when it came to original content, and now they’re practically establishment. Case in point: Amazon has captured “Best Comedy” at the Emmys for two years running — with “The Marvelous Mrs. Maisel” in 2018 and “Fleabag” in 2019.

We explore TV’s evolving distribution and commercial models in our TV & Video Terms Dictionary, which is designed to spin you up on the current state of TV advertising. It’s grouped thematically around 12 topics that provide context around all the acronyms and key terms you need to know.

Traditionally, programming was routed to people’s TV sets by multichannel video programming distributors (MVPDs), which are companies like Comcast, Dish, DirecTV and Cox that are increasingly being squeezed out of the equation by cord-cutters. To stay relevant, many of these companies have launched what’s known as virtual multichannel video programming distributors (vMVPDs), which distribute live and on-demand linear TV over the internet. People who don’t want to buy a cable bundle but still want to watch live sports and news, for example, can subscribe to Dish Network’s Sling or AT&T TV NOW (not to mention YouTube Live and PlayStation Vue).

Of course, it’s not only MVPDs who are being squeezed out by cord-cutters; it’s also advertisers, to an extent. While Hulu has a hybrid model incorporating both advertising and subscriptions, Netflix and Amazon Prime Video don’t sell ads — or even court advertisers. (Netflix has also pushed back vehemently on the claim that it sells product placements).

How to Reach the Cord-Cutting Generation

The bottom line is that marketers and agencies have to be more strategic about how they build brand awareness and affinity with the cord-cutting generation (which, of course, skews younger), instead of relying on traditional, linear TV alone to reach these audiences en masse as they once did.

To learn more about distribution and commercial models and other critical TV and Video advertising topics, such as currencies of measurement and sale, the rise of digital video, and ad targeting, check out our handy Dictionary here. We hope you’ll bookmark the page and revisit it often, since we’ll frequently be adding new terms and definitions.

4 Ways That TV and Digital Can Learn From Each Other