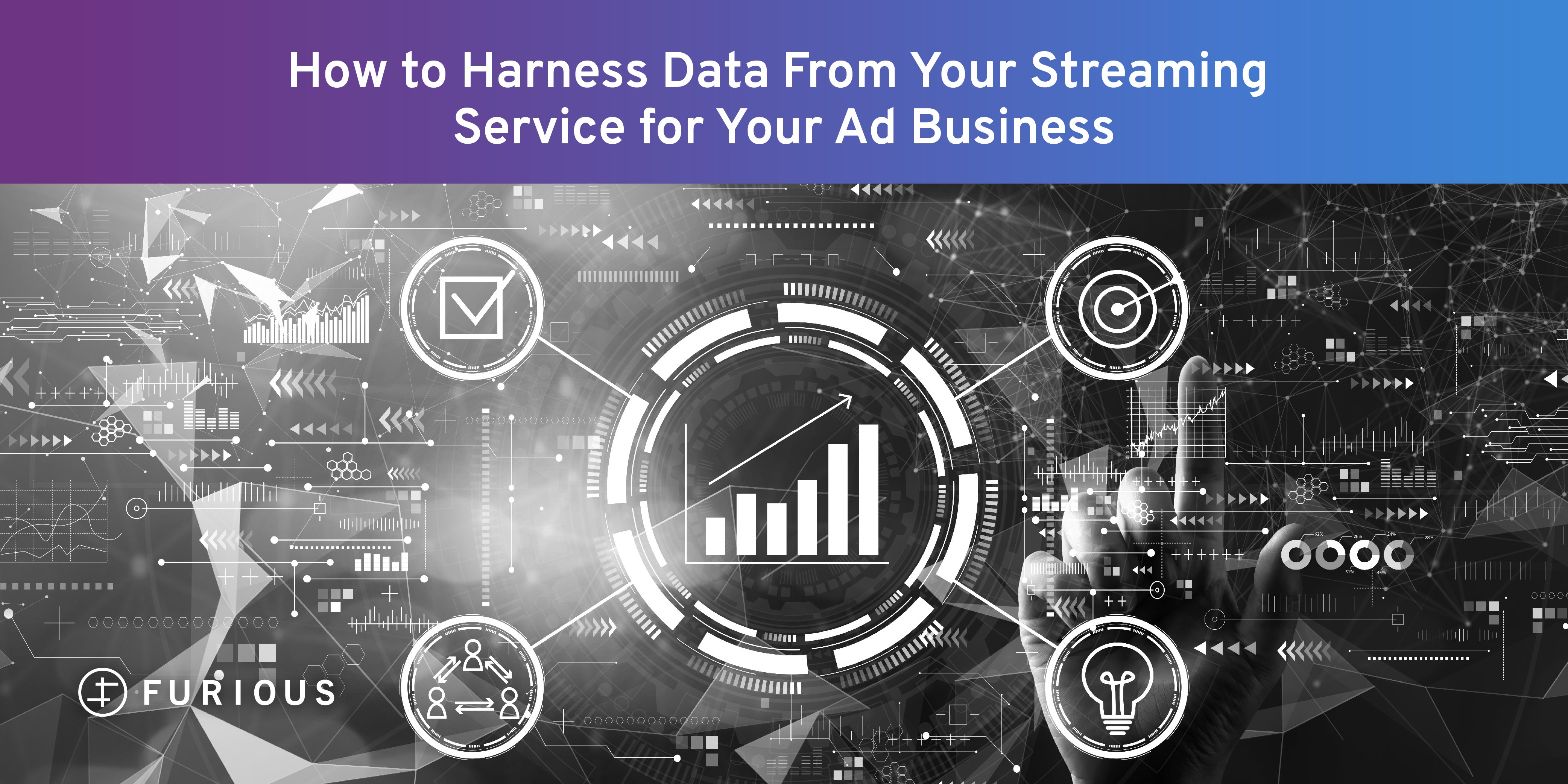 As more premium streaming services hit the market, potentially cannibalizing each other’s audiences, it’s important that companies making this sizable investment design their offerings in a way that supports their overall business.

Building your streaming service without ensuring the treasure trove of viewership and user analytics data you’re acquiring can feed back into your enterprise is not only doing a disservice to your organization, but to your users as well. The volume and richness of the data you can obtain from digital video is staggering but having data and making it actionable are two very different things.

Any company getting into streaming needs to do these three things to ensure the valuable data collected supports the core ad business.

1. Isolate the ‘signal’ in your trove of data.

In data science, we often talk about “signal vs. noise” to differentiate between meaningful insights and unimportant information or false narratives data can emit.

In order to identify “signal,” you need to start with the individual data elements themselves. Understanding not only what data points you collect but having clear, concise definitions for each of them is imperative, though it might seem arduous. You can’t build a data practice around ill-defined data.

Something as simple as differentiating between “Video Paused,” “Video Abandoned” and “Video Ended” can help you understand how best to keep your audience engaged by tailoring the customer experience. This, in turn, can increase time spent and ad views, which directly hits your bottom line.

Along with establishing clear definitions for your data prior to collecting it, you need to predetermine the mapping of net-new data and data you already have if either is going to have meaning at the enterprise level.

It’s akin to using a recipe from the UK. You need to be able to jump between metric and imperial seamlessly in order to create anything of value. This requires a nuanced approach, where you grasp how certain elements can be combined to fit into pre-existing constructs and also when pieces simply can’t be joined (in which case you need to create new data elements or design new policies and procedures.)

Whether you’re turning Nielsen ratings into impressions or backing CPMs into CPCVs, this process is best undertaken before collecting the data to ensure you can derive value from it immediately. Otherwise your streaming service becomes yet another silo instead of a data engine for your enterprise.

3. Define your ‘audiences’ in advance and with flexibility.

The digital world is lousy with “segments,” such as “fun-loving moms” and “yoga-doing dads.” A large percentage of these amount to marketing hyperbole and have done a great disservice to agencies and advertisers. The segments are often too broad or so narrow-casted the audience hardly exists, and that’s to say nothing of the efficacy of the data itself.

To effectively sell audiences, publishers and media companies need to be clear on what audience definitions and the data behind them really mean. That means deciding on which data elements should form the actual composition of an audience (as opposed to elements that are simply ancillary or directional) in advance of calling it approachable.

If done right, this approach will help you build the audiences most likely to perform at scale on your own platform, rather than enabling the BOYA, or “Bring Your Own Audience”, approach that plagues digital. (Since digital buyers have been intent on applying their own first-party data, premium inventory is often carved up to a point where its value is greatly diminished.)

Showing your users relevant ads only helps your cause, both in terms of ad performance and audience engagement. If you allow others to carve up your audience, a large portion of viewers will see ads that make no sense to them, killing your performance and long-term revenue.

Building an enterprise data practice is a full-time job.

Doing this right is hard. Very hard. It’s the reason so many companies do nothing meaningful with their gaggles of data. The key is to know what you don’t know and engage an experienced team of data scientists and analysts, information architects and developers to build this capability out. Throwing the job to your likely already overworked internal dev team will only pan out if you allow them to staff and train for it in advance.

I recommend getting ahead of this need, since the only thing harder than building an enterprise data practice is rebuilding one.

Breaking Down What Truly Drives Yield

How Portfolio Optimization in Media is Similar to Investing in Securities

Why Packaging Should Be Treated as a Yield Process, Not a Sales Function

Video: How TV Sellers Can Maximize Yield by Hedging Their Bets (Part 7 of Learning Series)