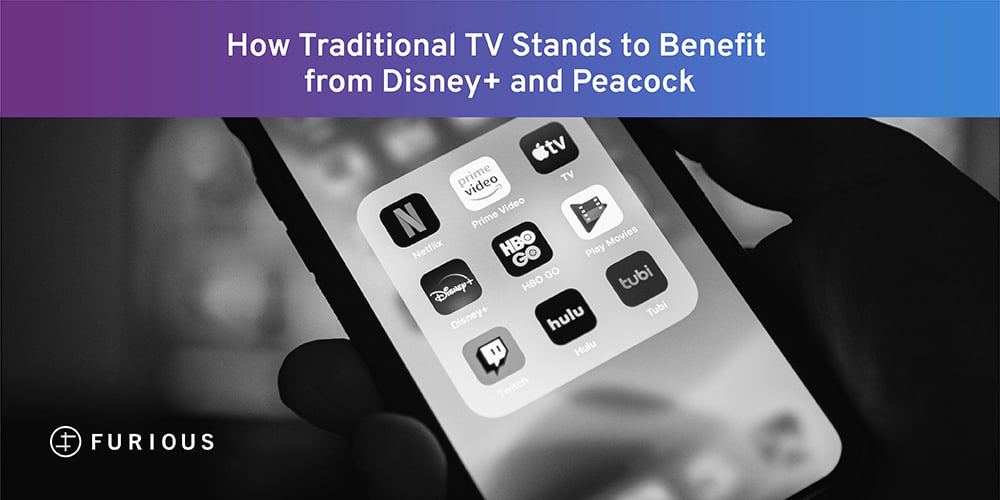 The Traditional TV Benefits of the Streaming Wars

The imminent launch of yet another premium streaming service (NBCUniversal’s Peacock, coming in April) seems like the perfect moment for digital natives like myself to point judgingly at TV and proclaim “The end is nigh.” But I’m of a different opinion entirely. As the Streaming Wars heat up, I believe traditional TV programmers have much to gain.

Here are two reasons why the traditional TV establishment stands to benefit from the glut of premium streaming services entering the market.

With the introduction of more and more competing streaming platforms, knowing where the shows and movies you want to watch can actually be found is increasingly tricky. Since these platforms aren’t incentivized to make it easy for you to search between them, the more of them there are, the more frustrating it can be.

Content discovery has been its own industry for some time, creating exits for startups like Digitalsmiths (acquired by TiVo) that developed better user experiences and proprietary recommendation engines. Today, each premium streaming service is like a silo for its own specific content, powered by different algorithms and packaged with different user experiences. This has made it significantly more difficult to navigate and keep track of the content itself.

All these options in streaming may lead to a very real service fatigue, driving people back to programming guides on cable for discovery.

2. People won’t pay for an unlimited number of streaming subscriptions.

As a parent and a Marvel nerd, Disney+ had me at hello. There was literally no way I wasn’t subscribing to it. In doing so, it made me think about which other services were truly worth spending money on every month.

While many people have made the connection that an over-abundance of premium streaming options leads to more “cord cutting,” the numbers don’t support it. Even with eMarketer’s most aggressive estimates, only 20% of the population will have actually “cut the cord” by 2020. That number is non-trivial, but it means that even with all these new streaming options, roughly 80% of the population maintains a relationship with a cable or satellite provider.

So, as the Streaming Wars get further underway, I would posit that people are more likely to abandon Netflix or Hulu than cut ties with cable or satellite, especially since broadband is still often a requirement to power any streaming service.

When doing the math myself, it never occurred to me to cut out cable, but I did have a hard look at my other streaming services straight away.

As traditional players like Disney, HBO and NBCUniversal enter the streaming space, don’t forget that the goal of their new platforms is to keep audiences under their roof and stop letting Netflix and Amazon profit from their gold. They’re certainly not out to devalue their content on the traditional channels on which it’s still distributed. Quite the opposite.

It remains to be seen whether these new streaming services, which are largely being funded by ad revenue from broadcast and cable, can be profitable. If having a profitable, standalone streaming platform were the only goal, many programmers — dependent on advertising for the lion’s share of their revenue — wouldn’t be taking this expensive gamble. The big bet is that once people get hooked on shows they see via streaming, a significant portion of them will watch on live, ad-supported TV too.

So, let’s not get too excited about “The Death of TV” just yet, because what all this fragmented production, delivery and discovery might portend is that we’re headed back to basics. When you have too many options and too much content to choose from, the easiest option is usually the most familiar one, and what’s more familiar than traditional TV? Michael Wolff might have been right when he titled his book, “Television Is the New Television.”