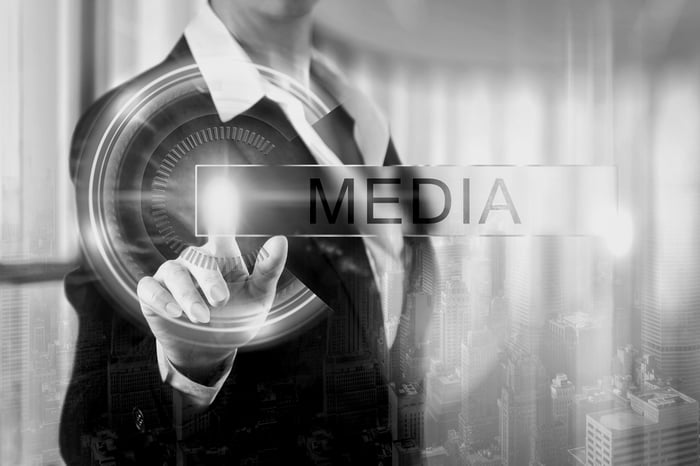 In 2018, media didn't get easier; but maybe we got smarter. 2018 was a fascinating year for media. We collectively moved past the “Blockchain” fad in Media because, well, it’s really hard to coordinate.

We saw more and more advertisers put the hammer down on fraud in ways they had only threatened to do before. We saw OTT/CTV take center stage with some huge announcements around direct-to-consumer offerings. And, maybe most importantly, we saw genuine movement around consolidated measurement; but even still, I find myself writing similar headlines for this article yet again.

A couple of HUGE deals went down this year, making the “TV” space even thinner than it was before. AT&T buying Time Warner and Disney buying Fox alone will have HUGE implications across the video space. The threat of direct to consumer, non-ad supported applications could make premium video even MORE difficult to access, especially programmatically. And combining these sales efforts across organizations means more content bundled together.

For me, the signal through the noise here is just how powerful Linear TV still is. While it’s easy (and fun) to think about how they will shape digital offerings at the heart of these deals, what they have really done is consolidated more premium linear inventory in one (or two) locations for Agencies and Brands.

Particularly with AT&T, the promise of Addressable TV just became that much more exciting; but Addressable or not, Linear TV, bought contextually, is not going anywhere - and shouldn’t.

Measurement and Fraud detection in Digital is no longer a luxury

Whether it be the Open Measurement movement from the IAB, the absurd numbers being thrown around of fraud on Facebook, or the recently reported issues with OTT, it’s clear that the industry is finally holding itself accountable to WORK TOGETHER to get this fixed. The bad actors in the space started to be exposed with viewability and Ads.txt (which is finally being deployed In-App, although it’s unclear how successfully).

And the promise of Open Measurement is a huge deal not just for In-App but because it signals the big three Viewability/Fraud detection vendors working together on behalf of publishers and advertisers - a signal we all need.

Screens will forever be changing, and playing catch up has not served as well to this point. So taking an industry-wide approach, with all members at the table, is the only way to move forward. And while this is a digital problem today, TV folks should be watching carefully. It’s not likely a digital-only problem for long.

I was hopeful I wouldn’t write this again; I really was. But we still don’t get data. As an industry, we can define it; but we can define it in the way a dog “knows” what “outside” means. It’s a trigger word that makes us all very excited and elicits a ton of emotion, but it’s not something we can speak to in any meaningful way.

AI and Machine Learning are tools to potentially unlock meaningful insights or interactions with data. While we RUSH to put these words in press releases and on websites, so few have spent any time just looking at the data and using their extensive experience and some good, old fashioned common sense.

Companies like IBM have introduced Watson to great theater; and while we have seen some application of this in the content recommendation space, the industry has widely not benefited from “AI.” For the most part, to its users, it feels like black boxes taking the decision-making out of the hands of the users, not a tool to assist the users themselves.

These tools are the future, but using them before having some meaningful conversation about the data you do (and don’t) actually have, what you are trying to achieve and the value to your clients/customers/consumers is fruitless.

Not everyone falls into this category; but there are far too many of us either grossly over-engineering or grossly under-engineering our data efforts. A step back wouldn’t hurt anyone…I promise.

The Year Ahead - The Year of Almost

ALMOST The Year of Addressable

Audience-based, one-to-one targeted and measured TV. Read that statement again. For many, it will elicit the same kind of reaction as the Cupid Shuffle does at a wedding, or that feeling when you hear your doorbell and know your pizza has arrived.

We are approaching the time when concept and technology are finally converging, and with the aforementioned acquisitions, we can actually begin to roadmap the next few years and think about a genuinely successful rollout of Addressable TV products at scale.

The fact, though, is we are NOT at critical mass yet. We still need to think through system-to-system automation, measurement standards and guidelines, and integrated sales strategies within the upfront. It’s more real than ever before, and in the vein of staying ahead, it’s time to start to plan for the future, of which I believe Addressable TV is a huge part.

ALMOST all the mediums matter

This is old hat for me, but designing, curating and executing for the medium is what advertising should be all about. Bad ads are ads that are repurposed, reused or recycled on different mediums. As Advertisers get smarter and, more importantly, closer to the customer, it is becoming more and more clear that picking one medium won’t cut it. You need to be everywhere, and you need to be there in intelligent ways.

Frequency matters, but the tolerance for frequency varies greatly from device to device. Consider your own willingness to see the same 300x250 banner in-stream vs your willingness to watch the same :30 pre-roll.

Sequencing matters too. As measurement and confidence in device graphs improve, being able to understand not just where but in what cadence to talk to your customers becomes a real possibility. Not everyone can pull this off today, but those that can are uniquely positioned to deliver not only incredible results but meaningful insights around customer behavior.

2018 was a year of discovery for media. The covers were pulled off in some areas, we walked away from some long-standing beliefs/languages and learned that consumers and brands alike are smarter than we like to pretend they are. So 2019 needs to be about progress. And we need to KEEP IT SIMPLE.

People love good content, and they love great products. We get to tell them about those products on a day to day basis. So no matter how hard it is to create, schedule, target and deliver the ads, let’s focus on delivering quality, medium-based messages with the right amount of regularity to the right folks. Then maybe, just maybe, everybody will get what they want.