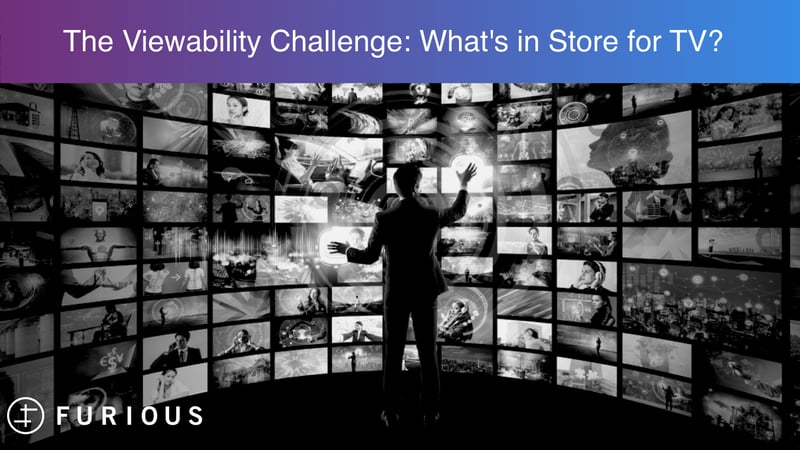 Anyone who lived through the boom of digital video is sure to have opinions, memories, and potentially some nightmares of the creation, growth and eventual adoption of viewability. It was a necessary step but one that was wrought with loosely defined and adopted standards, competing “definitions” and, ultimately, heavy lift for operators and publishers.

And still, to this day, as Open Measurement comes to fruition with an ever-expanding set of delivery standards, there will be challenges ahead.

So inherently, this doesn’t feel like an issue for TV, but I would strongly warn against that. As ad formats evolve on actual TV screens, alongside the proliferation of screen-in-screen viewing (think: Smart TV menus), I believe we would be wise to start these conversations today.

The impact of full-screen and non-full screen

Full-screen versus non-fullscreen is one of the first things that comes to mind. We have seen traditional TV going to a split-screen model for live events (e.g., NFL, NHL). The audio switches to the ad, but the ad takes up less than 50% of the real estate on the television and competes with the actual programming itself. While these ads are a great option, being able to measure them appropriately will be paramount to their success—or failure.

We are also starting to see non-split-screen units, and instead, units that more closely resemble digital and mobile treatments. Many broadcasters have taken to muted video that animates from the bottom of the screen, much like in mobile device environments (a la Conan dancing). Others are creating small windows that generally exist in either the bottom right or left corner, much like old picture-in-picture technology. Until the remote issues are fixed, these ads will offer incredible exposure but remain largely non-interactive (the LG Wand was such a good idea but just not easy to use).

How screen size makes a difference for TV buyers

In digital and mobile alike, a required data parameter that needed to be passed—and was often a large driver of “buy-ability” in the programmatic TV space—was screen size. This drove the price of the units, and many advertisers required that the ad unit size not fall below a certain threshold. Much of this becomes a technical issue, ensuring that we can detect the different sizes and easily report them to media buyers. It also becomes a question for the viewability vendors themselves, and how they will support the new platforms, be they tag-based, SDK-based, or something entirely different.

As the term “viewability” has come to mean so much more than just “in-view,” the discussion around how these formats should be measured is not far behind. While we might have some runway in the TV world before this is an issue, starting collaborative conversations now, uncovering both buy- and sell-side expectations, will help us accelerate the growth of these platforms. And in my opinion, that should be something we all want to see.