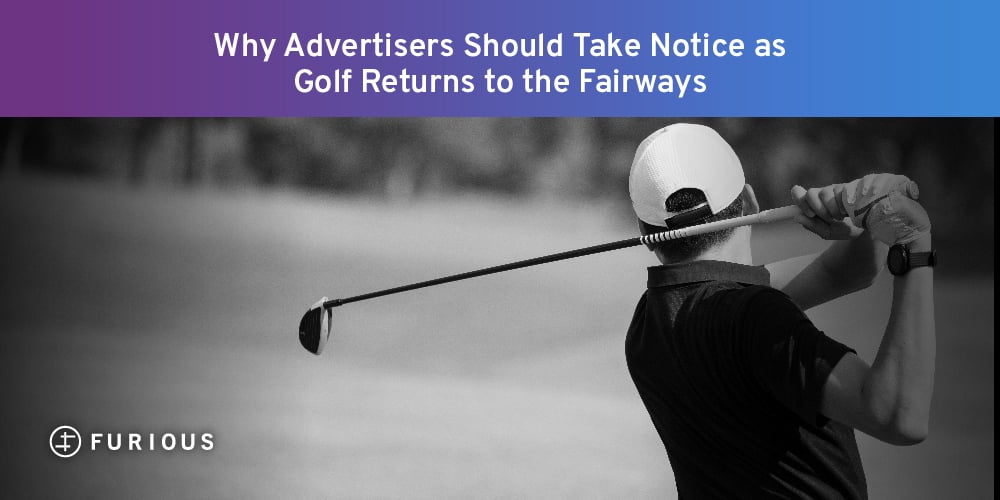 Golf returned to tournament action with the Charles Schwab Challenge in Fort Worth, Texas, earlier this month, which was a watershed moment for live sports in the wake of the pandemic.

In an attempt to garner more interest and make fans feel a stronger connection with players, the PGA had some players mic’d up for the telecast. This seemingly minor change of hearing players and caddies interact could be a huge engagement driver—and ultimately a game changer—for golf; both diehard fans and casual sports fans are likely to find it intriguing.

Live audio helps answer questions that occur to TV viewers. For example, what do golfers think about as they’re standing in the fairway trying to launch a golf ball 200 yards over water to a postage stamp-sized green? And what kind of dialogue are the player and caddie having over a putt on the 18th green with a couple hundred thousand dollars at stake? Or, maybe most interestingly, are these guys having any fun out there?

A Strategic Window of Opportunity

While the NBA and NHL are officially coming back, it’s not happening fast enough for many fans. (We’re currently looking at August for the return of both.) This opens up a window for the PGA to introduce sports fans to its athletes in a completely new way, using tactics like live audio.

With 16 of the top 20 players participating in the Charles Schwab Challenge and a star-studded leaderboard that included the top five in the world, it’s clear that the players are ready to play. And with the U.S. Open and Open Championships canceled this year, the game’s best will be compelled to participate in lesser-known tournaments.

Between now and August 1, the PGA is scheduled to hold five tournaments, notwithstanding the cancellation of the majors. That’s a lot of golf over four days each week for almost two months, which presents a big opportunity for advertisers who are looking to replace “sports eyeballs” in the absence of MLB, NBA and NHL games.

Sports fans are also clearly primed and ready for more golf. According to NBC Sports, a charity match featuring Rory McIlroy and Dustin Johnson called TaylorMade Driving Relief drew over 2.3 million viewers—760,000 of whom were in the 25-54 age group—when it aired on May 17. That’s a whopping 40% higher than a similar Match Play event last year.

Meanwhile, the Match, which pitted Tiger Woods and Peyton Manning against Phil Mickelson and Tom Brady, was even more impressive. According to Turner Sports, the competition between these legends averaged 5.8 million viewers across the four stations covering it on May 24, with a peak of 6.3 million. It also raised $20 million dollars for COVID-19 relief. Not a bad Sunday.

Why Golf is a Good Play

So why is golf a good play for advertisers over the next six to eight weeks?

This summer, golf may have its best opportunity in memory to draw in new viewers and re-engage former fans while other major sports struggle to get started again. This is a critical moment for the sport, and it has the momentum.