Why Data Science Should Drive Your NBA and NHL Playoff Rates 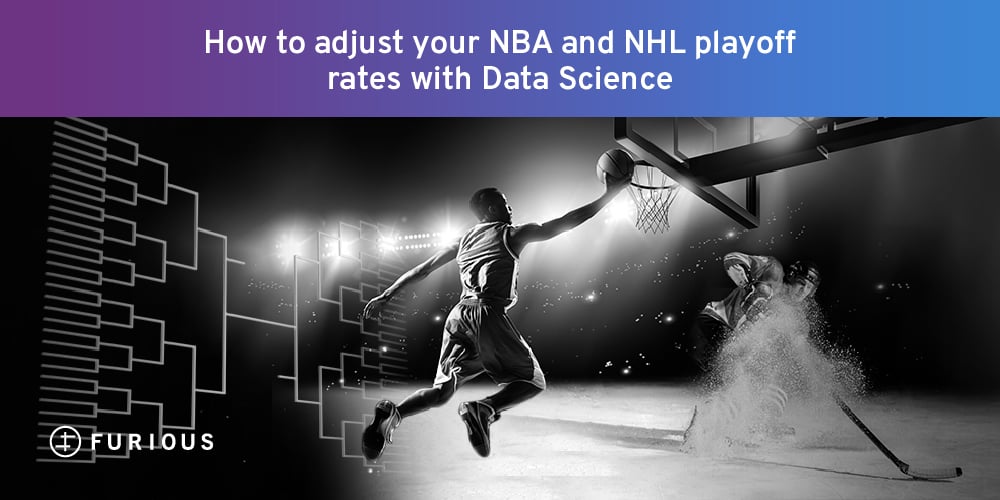 As of press time, the NBA and NHL are poised to return for the playoff season, which is a huge boon for the TV advertising ecosystem and for sports fans.

There are any number of issues to address before the seasons restart. Decisions need to be made about the size of production crews and, most importantly, how to ensure player and participant safety. There’s also the fact that a lack of stadium noise from limited or nonexistent crowds may lead to colorful words from the court and rink being sent over the airwaves. It’s truly a brave new world for both leagues.

But what does this mean for operators and networks airing these games?

What the Return of Sports Means for TV Advertising

Overall, the return of sports will be a huge shot in the arm for the TV advertising marketplace, which has been rocked by economic shutdowns to control the pandemic. As of April, national TV advertising had declined by 27% year-over-year due largely to the cancellation of sports, according to data from Standard Media Index.

The networks need to determine a broadcasting strategy that maximizes viewership and ad revenue. In the absence of other live sports, the playoffs will have a larger potential audience, which we’re already seeing come to fruition for golf.

Take playoff hockey games, which are largely relegated to cable in normal times. Given that the Tokyo Olympics are postponed this summer, more playoff hockey is likely to air on NBC itself. For ABC and ESPN, which have rights to the NBA playoffs, simulcasts could be an option.

But at a critical moment for clawing back some of their 2020 revenue shortfall, sellers lack historical context to base playoff rates on; their Pricing and Planning teams won’t have a useful baseline. That puts the market in a position to dictate the price point, which won’t be in favor of programmers and operators.

Now is the time to leverage machine learning and data science to inform your playoff rate card. Dynamic pricing is essential, and resting on your laurels and presenting a rate card for the entire postseason would be a colossal mistake.

Here are three steps sellers should take in order to get directional input on the value and volume of playoff inventory.

As previously mentioned, tapping into historical data is largely futile this year. Due to inventory shortages and increased viewing, the playoffs are bound to be more valuable, and 2019 won’t offer a useful comparison.

On the other hand, the pricing of non-sports-related TV programming that NBA and NHL fans have been tuning into since March is an important data point. It represents a baseline from which sellers can start to set prices for the playoffs, though sports should, of course, command a premium from that starting-off point.

You can probably come up with TV programming that has a sizable audience of men between 25 and 54—the sweet spot for sports—off the top of your head. But algorithms that parse audience composition can do this far more quickly and effectively.

2. Build a forecast to predict volume and identify the ‘net-new’ audience

Remember that the COVID era has upended content consumption, and people are tuning into programming they wouldn’t ordinarily watch. I have friends who are watching Bundesliga soccer from Germany because they badly need a sports fix.

There’s every reason to think that ratings for the NBA and NHL playoffs will be extremely high due to pent-up demand for sports. (Again, look at golf.) And by the time professional basketball and hockey are back later this summer, there will be plenty of empirical data to prove this surge in sports viewership.

3. Set pricing based on the scarcity you can prove

Now armed with an accurate understanding of audience value and volume, you can create pricing based on scarcity. Remember that your audience is likely to be both large and unusually engaged, which your forecasting should validate.

At this point, reviewing historical rates is the right thing to do. When you look at the rates you charged for playoff games in previous years, consider all the competition that existed then, from Major League Baseball to golf to NASCAR. (Although most major sports are returning in some form, the volume of games and events will be a fraction of what it was last year.) How much would advertisers have paid to get access to a one-of-a-kind audience?

It’s not enough to add an across-the-board 2% to last year’s rates; you need to leverage data science and price dynamically to avoid leaving revenue on the table and doing a disservice to your sales team.

To put it simply, “set it and forget it” is not in your best interest. (This is always true, but it’s especially glaring in a time of such uncertainty and disruption.) As data comes in for each playoff game, you need to adjust the rates of future games to avoid missing out on revenue—if and when the ratings prove out your forecast.

The bottom line is that your pricing and inventory management need to be dynamic, which is why data science is essential. People can theoretically accomplish the steps I’ve outlined above with the help of an Excel spreadsheet but not fast enough to respond to daily fluctuations in supply and demand.

Now let’s hit the ice and the hardwoods!

Why Packaging Should Be Treated as a Yield Process, Not a Sales Function