Aside from being calculated in Excel instead of a ledger, the process for creating TV rate cards, which provide a complete list of ad rates for specific time slots, stations or networks, hasn’t fundamentally changed since the 1950s. Given how dynamic and complex the TV marketplace has become, there are a number of challenges and risks in continuing down this path.

The smart people at broadcasters and operators struggle with pricing because it’s uniquely challenging in the TV ecosystem, with nuances that don’t exist in other industries. TV sellers can’t employ the simple cost-plus pricing model favored by retailers and manufacturers in which prices are determined by marketing up the cost of production, for example. That’s because the product for sale in television is time, and the infrastructure to deliver ads is already paid for—with no incremental cost to serve each ad. As a result, TV lacks a measure for cost of goods sold (COGS) to serve as a cost and pricing baseline.

Instead, TV applies subjective measures of “value” to programming and uses ratings to approximate audience reach. Think about local broadcasters and distributors, which pay flat retransmission and carriage fees to access content from programming networks. This gets them the rights to programming with dramatically different value to advertisers, from “Thursday Night Football,” which millions tune into, to overnight reruns hardly anyone sees. In other words, the value of two different pieces of programming can be wildly different, even if the cost of delivering them is roughly the same.

Linear TV advertising’s high margins contribute to local and national broadcasters’ considerable pricing latitude for programming they create, which can lead to significant price variability. Programmers can also increase or decrease the supply of advertising inventory however they wish, though ad loads in aggregate seem to be creeping upward year after year as linear sellers attempt to offset the loss of viewers to streaming services.

The granting of authority to govern pricing and offer discounts is also challenging for TV sellers. Media companies have historically empowered their sales teams to be flexible, and salespeople who are incentivized to close new business may offer steep discounts in order to secure a deal. This approach is sometimes right, but more often is shortsighted. While more revenue is booked in the short term, the seller may have failed to create more lucrative packages that would have maximized the inventory’s value and total revenue opportunity.

Other pricing dynamics specific to the TV advertising market can also be problematic. In local broadcast, rate cards tend to vary across markets or stations and be presented in a variety of ways, which can be off-putting to larger advertisers who are seeking multi-market comparability. In national broadcast, pricing analysts rely heavily on assumed annual increases from upfront sales, which leads to prices being marked up by a fixed percentage across the board without accounting for real-time variables that affect inventory value, such as the inventory’s propensity to sell out. This creates a significant revenue leakage risk due to specific inventory being averaged-in and under-valued.

How bad is the problem of price variability? At Furious, we’ve seen a 40% variance between floor and ceiling prices for the average TV seller’s linear inventory. This disparity means that sellers aren’t being rigorous enough about calculating the true value of their inventory and bringing it to market consistently.

To learn more about why modernizing your rate card process is essential and how to automate pricing, download our pricing playbook here. 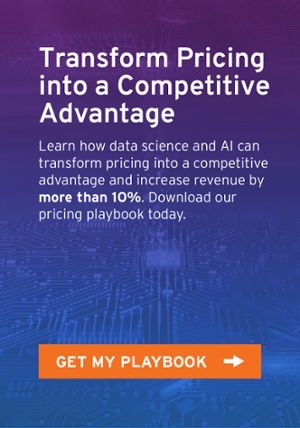 Lack of Sales Process Automation is Killing Your Sales Org...

Building the TV Rate Card of the Future: Part 2

How to Automate TV Rate Cards and Pricing in 3 Phases