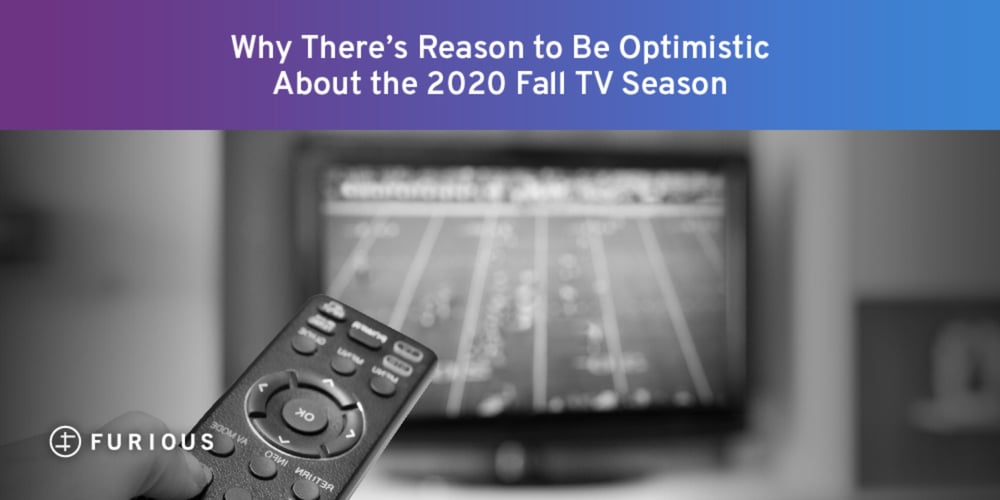 Like everything else in 2020, the fall TV season will be an exercise in creativity and adjusting on the fly as uncertainty reigns supreme.

While networks are trying to keep their fall lineups intact, they’re still figuring out the logistics of safely resuming production on new and returning series. As a result, most premiere dates for the fall season have yet to be announced.

In some cases, networks are leaning on acquisitions to fill out their primetime lineups. For example, Fox picked up the broadcast rights to both seasons of the Spectrum original “L.A.’s Finest,” starring Jessica Alba and Gabrielle Union, and the CW acquired four series (“Swamp Thing,” “Tell Me a Story,” “Coroner” and “Dead Pixels”) from DC Universe, CBS All Access and international markets.

A few fall favorites are returning in September, such as season 29 of ABC’s “Dancing with the Stars” and season 12 of NBC’s “American Ninja Warrior,” not to mention Fox’s primetime animation lineup of “The Simpsons,” “Bless the Harts,” “Bob’s Burgers” and “Family Guy.”

Meanwhile, three of the “Big Four” U.S. sports have returned to the air without fans in the stands. Here’s a check-in on how that’s been going.

On the ratings front, the NBA’s return has been a mixed bag. On the one hand, the first two primetime games of the reason were up double-digits over comparable windows last season, with the Mavericks–Clippers game up 25%. Both games were the day’s highest-rated television programs among adults 18–34 and 18–49; the Blazers-Lakers game averaged a 1.4 in the former and 1.6 in the latter.

However, the unusually high number of afternoon and early evening starts—as early as 1:30 p.m. and 4 p.m. Eastern on weekdays—are dragging down average viewership to below pre-hiatus levels, according to Sports Media Watch. But this was unavoidable due to the limited number of gyms and the larger than usual number of teams in the playoffs. There are simply too many teams and too little time for everyone to play during primetime.

Sports fans were forced to go cold turkey when the pandemic upended everyday life, and that pent-up demand is delivering high ratings for hockey.

The first week of the Stanley Cup Playoffs averaged 633,000 viewers across NBC Sports’s TV and digital platforms, up 4% from the comparable period last year, according to Sports Media Watch. Games on cable (including streaming) have averaged 545,000 viewers, which is the most for this point in the season since 2017, when 548,000 people watched on average. If not for the games with weekday afternoon start times, the average would surge to 573,000 viewers.

It looks like the MLB damaged itself with all the contract wrangling that further delayed its start date.

On Fox, a recent regional primetime matchup between the Cubs and Royals averaged 1.49 million viewers, making it the network’s least-watched MLB window in almost two years. Ratings have also faltered on ESPN, which averaged 393,000 viewers for Mets–Nationals, 298,000 for Angels–Mariners and 249,000 for Pirates–Twins on a Tuesday. To put this in context, only one game on ESPN averaged fewer than 395,000 viewers during the entirety of the 2019 season, according to Sports Media Watch.

Things look brighter on the local level. A week into this shortened season, Forbes reported that the U.S.-based MLB teams and their regional sports networks saw an increase of 17% year-over-year in total ratings. To be clear, this isn’t a true apples-to-apples comparison, given that late July is after the All-Star Game in the trajectory of a normal baseball season.

Here are Four Reasons to Be Positive About Fall 2020:


Fall lineups may look different this year, but what doesn’t look different in 2020? As we’ve unpacked in a previous post, pricing and planning, inventory, and sales teams must now collaborate to create packages that let national advertisers achieve most of the reach and targeting that Tier 1 buys would have yielded; it needs to be an all-hands-on-deck effort.

The great news is that we have sports and other tentpole shows back as a starting point, and other “known quantity” programming will hopefully return soon.

4 Ways That TV and Digital Can Learn From Each Other