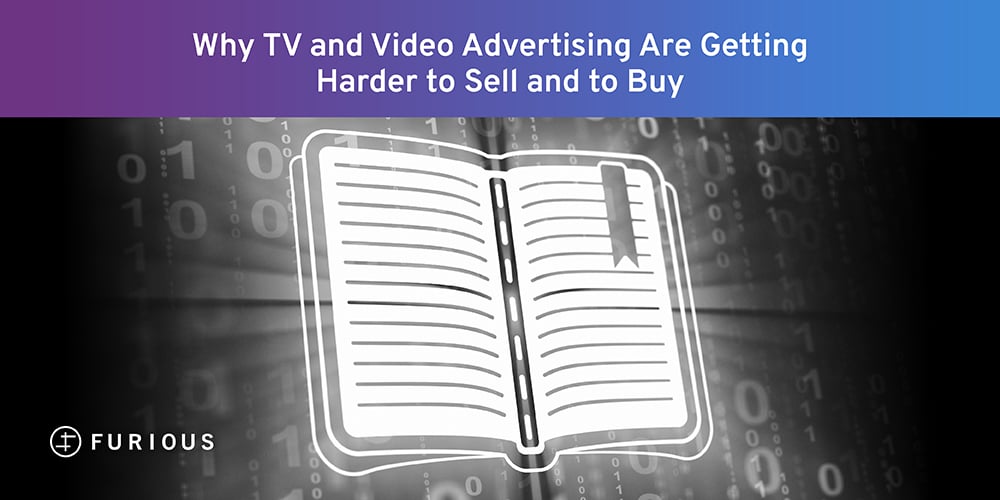 Between 1950 and 1970, the Big Three networks (namely CBS, NBC and ABC) accounted for 95% of primetime viewing, and the transaction layer of TV advertising was relatively simple. For the most part, you had only networks, agencies and brand marketers in the mix, not layer upon layer of intermediaries as we have now.

The Complexity of TV Advertising

Today, the trend toward even greater complexity is continuing. For example, the number of streaming services is poised to keep inching up, making it more convoluted for consumers to discover the content they want to watch. And long gone are the days where advertisers only had to cut 30-second spots (or 60-second ones if their pockets were deep.) The menu of available inventory now includes six-, seven-, and 10-second ads, not to mention the standard 15-second version for digital and social.

The Limitations of Data and Measurement

Meanwhile, it can sometimes feel like we’re at an impasse. There’s still no consensus on a single form of measurement the industry should rally around now that the GRP is out of favor, which leaves buyers and sellers confused about which of a slate of metrics identified by confusing acronyms to put a stake on. And while buyers are clamoring to buy TV as audiences the way they can on digital and social, the scale of linear insertion, which lets advertisers combine their customer data with third-party data and blind-match it with content distributors’ subscription data, is still quite limited.

In fact, most TV is still measured through probabilistic modeling via consumer panels assembled by the likes of Nielsen and Comscore, which can tell advertisers that the audience viewing their ad is probably heavily comprised of moms in the Midwest — the same as it’s been for decades.

To help you navigate the landscape of TV and video advertising and demystify the jargon (I’m looking at you “device graph”), we’ve put together three resources that we’re excited to share with you.

First is a Comprehensive TV 101 Dictionary

Our TV 101 Dictionary includes granular definitions under the banner of subjects like:

We hope that you’ll bookmark it and return to it when there’s something you’re trying to understand better about TV advertising.

To Round Out the TV 101 Curriculum, We’ve Also Produced Two Videos.

One covers the “macro” landscape, focusing on the impact of changing audience behaviors, media fragmentation and the proliferation of data on both sides of the value chain. The other probes “micro” trends within TV and video advertising, such as the increasing “ad tax” paid by buyers and sellers based on the ever-increasing number of intermediaries who get a cut of each transaction.

To deepen your understanding of television and video advertising’s past, present and future, dive into our TV 101 curriculum here.

Will Streaming Services Be Forced to Drift to an AVOD Model?